PERSONS WITH DEAFBLINDNESS AND SOCIAL LIFE

WHAT DOES THE DATA SAY?

The country-level analyses provided minimal information on social life, with the exception of marital status and the presence of biological parents in the household for children.

People with deafblindness are less likely to be married than people without disabilities in all datasets except Sudan and Uruguay.

Among those aged under 18 years, children with deafblindness were statistically more likely to have at least one biological parent absent from their household in five of nine datasets (South Africa, Sudan, United States, Mexico and Indonesia) (see Figure 11). Compared to children with other disabilities, most datasets did not show any statistically significant differences, with the exception of Sudan and Indonesia, where children with deafblindness were more likely to be living without at least one parent.

Social isolation among persons with deafblindness was also a common theme in the literature. Across the 11 European countries, adults aged over 50 with deafblindness were twice as likely to be socially inactive compared to people without sensory difficulties [18]. Challenges to understanding and being understood by others were major barriers to social inclusion, which also contributed to fatigue, frustration and stress. Several studies reported a lower quality of life and wellbeing among older adults with acquired deafblindness [13, 44, 45].

Unsurprisingly considering the issues highlighted with regards to the inaccessibility of interpreter-guides, only half of all respondents from high and middle-income countries (and 40% of those from low-income countries) stated that they had access to regular community services. Discussions with WFDB members showed that accessing such services was y possible with the support of family members and that autonomous use was a serious problem. With regards to specific community support services aside from interpreter-guides, 85% of respondents from high-income countries stated that they had access to such services, compared to 33% of respondents from middle-income and 20% from low-income countries. It is clear that very few disability support services exist beyond those provided through NGO-organised community-based programmes.

Each individual follows a different pathway, and this is often dependent of whether deafblindness is pre- or post-lingual, and whether it is acquired at a younger or older age. In all cases, however, a lack of adequate support for a person and his or her family, the cost of assistive devices, the lack of interpreter-guide services, and the lack of rehabilitation services significantly restricts social participation and increases isolation.

WFDB members also highlighted the issues of stereotyping and a lack of knowledge amongst family members and friends, which caused isolation within family and friendship groups. Poor communication and family support can lead to issues such as violence, neglect and abuse, and, in extreme cases, persons with deafblindness may be locked away in their homes or medicated so that they sleep all day. Families may also be over protective and prevent individuals from taking risks and participating in the community. Isolation and a lack of independent living skills can result in severe anxiety amongst family members, particularly older parents who fear what will happen to their adult children after they pass away.

Due to gender-based discrimination, each of these elements is magnified for women with deafblindness, who are more exposed to abuse and sexual violence.

The very few people who master communication techniques in the environment of a person with deafblindness imply that connections are usually formed through an intermediary, such as an interpreter-guide. Awareness needs to be raised so that people, particularly community service providers, are aware of even the basic communication requirements. Typically, when persons with deafblindness retain some residual hearing and sight, people do not communicate effectively.

A lack of support for interpreter-guide services is a critical barrier across a range of countries and situations. As outlined in this report, few countries provide adequate, high quality services so that persons with deafblindness can gain a meaningful education, work and social participation. People often have to choose when to use their allocated hours of granted support and sacrifice entire aspects of their life.

More positively, WFDB members highlighted the fact that the growth of social media and accessible technology have created a raft of new opportunities through which they can interact with the world and other persons with deafblindness. This should be a major motivation for governments to ensure the accessibility of information communication technology.

Organisations of persons with deafblindness play a critical role in reaching out, stimulating and catalysing social activities that include families and communities. Unfortunately, as previously discussed, many people and their families do not benefit from the necessary support from authorities. 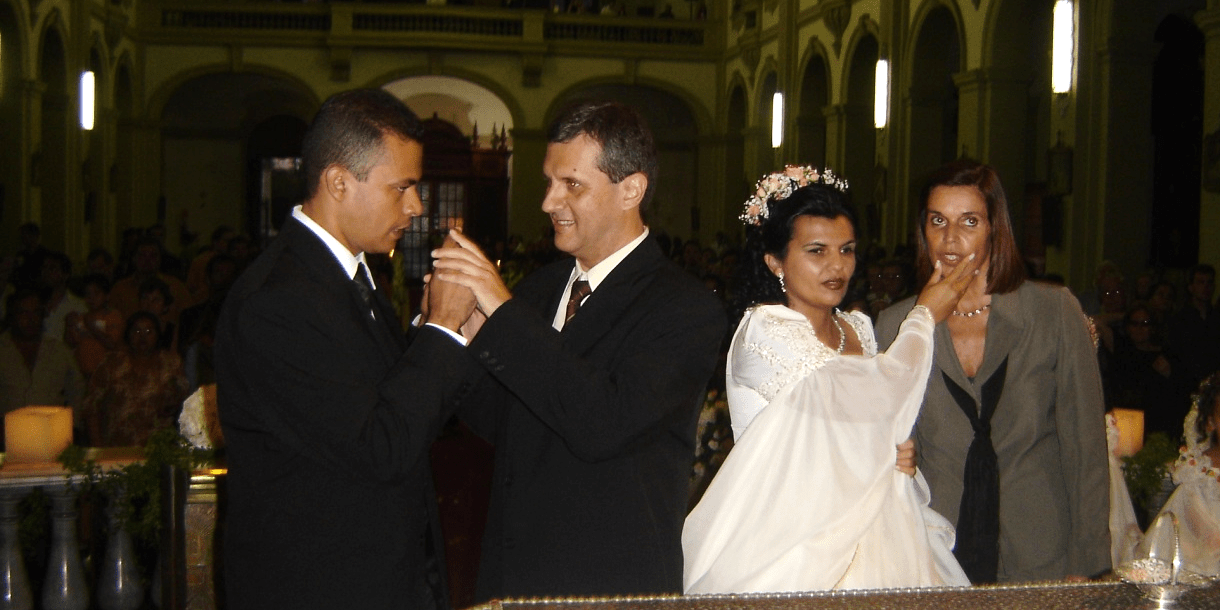 IN OUR OWN WORDS

“We are a couple of two deafblind persons who have Usher syndrome. We've been married for 12 years, living in Sao Paulo, Brazil. I (Sofia) use a hearing aid that helps me recognise sounds and noises. Carlos Jorge is totally deafblind.

“When we fell in love, Carlos’s family in Rio de Janeiro city were worried and scared because they considered that it could be very difficult for two persons with deafblindness to live together. My teacher explained to them that couples can live independently together and then they accepted.”

“My family was also worried and wanted me to forget that I was in love. A teacher in Sao Paulo convinced them otherwise. I went to Rio de Janeiro and met the family and they were more relaxed with the idea.”

“We had a lot of support from friends to book the church, talk to the priest and explain why we needed to be with interpreter-guides during the ceremony.”

“To become more independent and have autonomy, we had training and adapted the home appliances and devices so they were more accessible for us, we know how to cook, clean, etc.”

“We have the support of the doorman, neighbourhood, friends and relatives that bring us to the church, the supermarket, the bank and we take a known taxi to go to work. If there are conferences or government meetings, we use the government transportation service for persons with disabilities. When we need to go to the doctor or have a medical test, we go with an interpreter-guide.”

“One of the most important things when we got married was getting a little puppy. She found out that we were deafblind and helped us to notice noises such as the phone ringing, someone knocking on the door or ringing the doorbell.”

“We knew it wasn’t easy to live by ourselves, but we needed to adapt ourselves, especially in urgent and dangerous situations.”